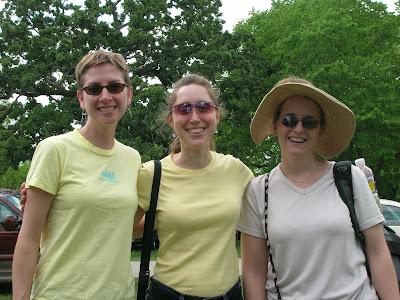 The weather was just about the BEST! kirsty, melanie and justine enjoyed the festival and having a fun day of it! 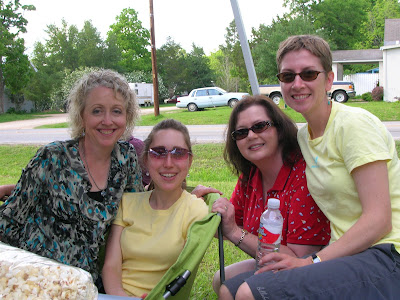 It was close to the end of a ........ GREAT sale...thanks to my faithful family. How could I ever do it without YOU! Jeff snapped a pic of me, melanie, shannon and kirsty! 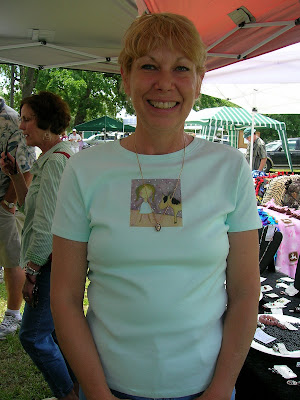 .....and then, there is always that one special moment and the very reason I continue to love going out and doing shows. This little lady picked out one of the t-shirts I had made using a Carla Sonheim *girls* transfer. She loved it so much, she had to put in on right away. This was worth it all! 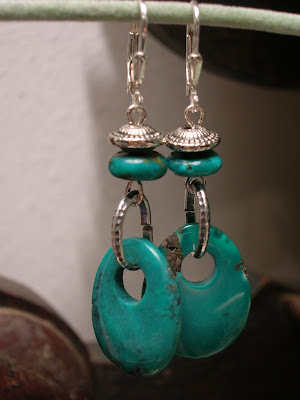 A new pair of turquoise earrings I made this week to sell Saturday at the New Ulm Art Festival! This will be the 3rd year that I will be at the festival selling Rosa & Josie's Jewelry. Since I lived all of my childhood in New Ulm, I see so many people I know and fortunately still some of who my parents knew. New Ulm is still small. Many people from Houston have found out how beautiful this small German town truly is. The gentle rolling hills, beautiful bluebonnets in the spring, mighty oak trees and wonderful friendly people, all make for a great place to live or just get away on weekends.
Hope to see you this Saturday in New Ulm....just a short distance from wherever you are!
Check out the website: www.newulm-tx.com
Posted by Diane at 9:34 PM 0 comments 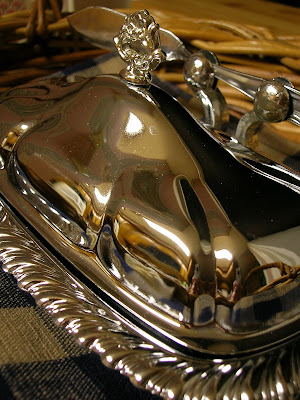 This beautiful butter dish traveled home with us from East Texas. After Allen cleaned all the dust and smoke off, it turned into this beautiful silver butter dish-reminding me of the ugly duckling story. I have never had any real silver, so I am excited........about a butter dish!
Posted by Diane at 9:14 PM 0 comments 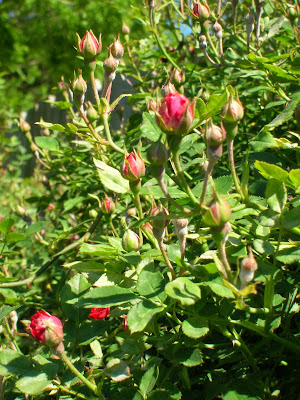 The climbing antique rose on the back fence is about to be full and beautiful, filling up a large amount of our "back-side"....and when it does, it will be an awesome sight! I bought it several years ago at the Antique Rose Emporium (www.antiqueroseemporium.com) The trip to the Rose Emporium is quite a treat.
Red Cascade - 1976
The description on their website says, "Imagine our surprise to discover ‘Red Cascade’ was introduced as a weeping miniature, considering we had it growing well up a 14 feet tall cedar post! It can be a very versatile rose. It always attracts attention with its fine-leaved foliage and profuse one inch, blood red blooms. When in bloom, it is simply smothered in color".
I can hardly wait!
Posted by Diane at 4:34 PM 1 comments 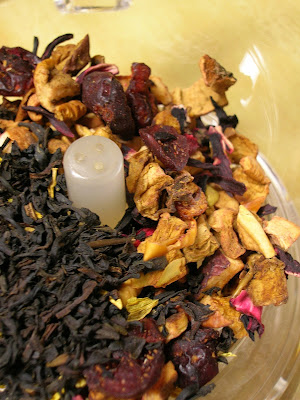 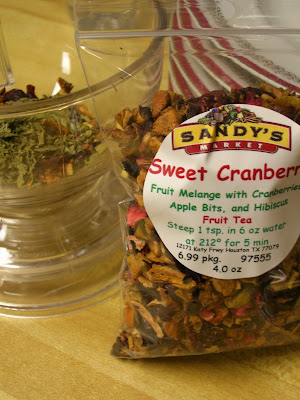 One of the best times of the day, any day.... is when I can sit down after dinner and share a hot cup of tea with the one I love. Allen just loves for me to say, "Do you want a cup of hot tea?" Because, then I look into the big glass jar that holds all the bags of loose tea. He waits for me to surprise him with an interesting tea combination.
Going to Sandy's Market, off IH-10 at Dairy Ashford, is quite a treat! Besides all the organic produce to buy and take home, they have a great selection of fresh fruit & veggies at lunch and dinner - buffet style. But the real PLUS is the tea lady, who comes around with her metal tea cart, making any combination of hot tea your little heart desires. It is part of the experience; and this is where it all began. Yes, I have always liked hot tea, but not as much as I do now; and not nearly as much as NOW - having it at home......with the one I love.
Posted by Diane at 8:20 PM 0 comments 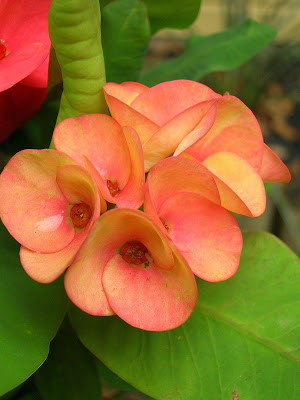 Euphorbia Milii (formerly Euphorbia splendens)
Euphorbus - The Greek physician of King Juba II (about 50 BC to 19 AD) of Numidia (present day Algeria). King Juba II was the first person to find a succulent-type Euphorbia, and he named it after his physician.
Milii - named for Baron Milius, once governor of the island of Bourbon, who introduced the species into cultivation in France in 1821.
splendens - The older species name means splendid.
The common names allude to the legend that the crown of thorns worn by Christ at the time of his crucifixion was made from stems of this plant. Interestingly, the stems of this plant are pliable and can be intertwined into a circle. There exists substantial evidence that the species, native to Madagascar, had been brought to the Middle East before the time of Christ.
It is such a beautiful succulent, requiring full sun and little water. I received my first one (I have two) from my co-workers about 6 years ago. It drops all its leaves if it gets too cold, but always greens back out, blooming constantly!
May God Bless All this glorious Easter Holiday!
Posted by Diane at 10:35 PM 0 comments

Scenes from the Festival 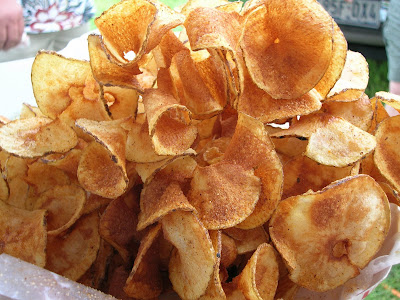 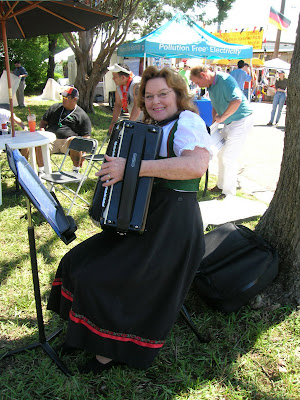 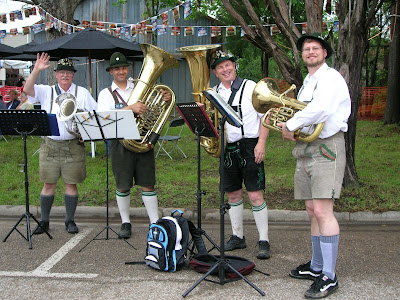 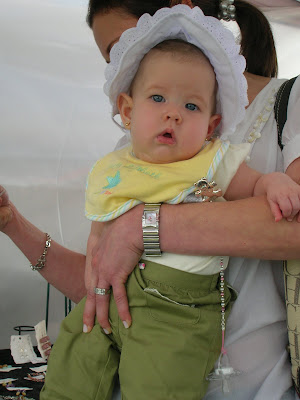 .......and happy helpers? Thank you guys for all your hard work and help this past weekend! I could not have done it without you! 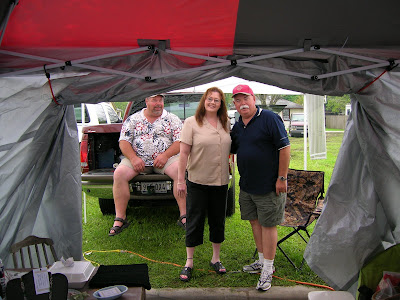